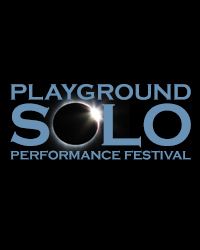 × PlayGround presents the 3rd annual PlayGround Solo Performance Festival, a celebration of the best in Bay Area solo performance, running January 23-February 9 at Potrero Stage. The festival features 12 double-bill performances by local artists over three weeks, with each evening running a little over two hours. PlayGround opens the program to the next generation of performers with a special Open Mic Night on Monday, January 27, at 8pm. The festival represents an extension of PlayGround’s mission and commitment to the discovery of bold new voices for the stage and the first PlayGround offering fully dedicated to solo performance.

This is a general admission performance - seating is on a first come, first serve basis, unless the patron has selected “preferred seating”, in which case seats will be reserved under the patron’s name and held until the start of the performance.

Seating generally begins 15 minutes prior to start of performance.